Want to be a Journalist? Four things you need to know 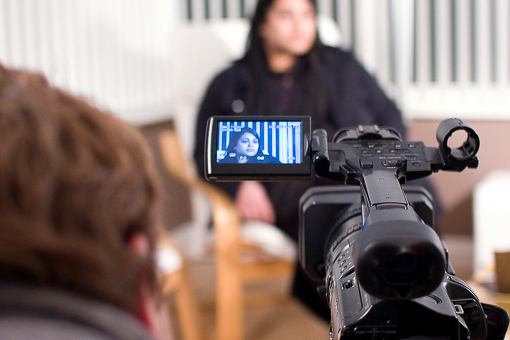 If you have an inclination toward a career in journalism, you might have some questions on your mind, such as: how do you get started? How much money can you make? And what does a journalist do exactly? Below are some quick answers and insight into the world of hard news journalism.

1. What is hard news journalism?

Hard news is considered ‘serious’ and ‘high brow’, while soft news – though still presenting facts – leans towards ‘infotainment’ such as celebrity gossip, profiles on prominent or interesting people, humour and niche interests.

Hard news focuses on the now – what’s happening in your neighbourhood, province, country or continent today? In print journalism, today’s plane crash is tomorrow’s headline, while radio, broadcast and online media go one step further to report on an event virtually as it happens.

2. What does a news journalist do?

A journalist practices journalism, which means gathering information about an event or issue and presenting it in a factual, accurate and unbiased way.

You cover a story by observing the action, interviewing the people involved, placing the issue in context and then communicating the facts in a news report.

Don’t be confused by the various terms used to describe news reports and those who write them. A news reporter is a journalist, while a news ‘story’ or ‘article’ may also be called a report. The title journalist, however, encompasses a broad range of editorial disciplines. Sports writers, columnists, investigative reporters, photographers, news editors, design editors and other editorial staffers also qualify as journalists.

The terms ‘report’ and ‘reporter’ should alert you to a most important aspect of hard news journalism; you are reporting the facts – not giving your personal opinion or trying to push a particular agenda. Your task is simply to sit on the sidelines, observe, ask questions, gather the facts, ask more questions and then write about it.

Once you’re an experienced writer, you can branch into various types of journalism, including features for news magazines, columns, reviews and commentary articles for the opinion pages of newspapers.

A true-blue journalist is born, not made. While training is valuable, these six personality traits will give you a distinct advantage.

Readers expect the truth. Your job is to write objectively, not subjectively. Your ability to be fair, honest and to respect journalistic ethics is key. It’s difficult to be unbiased; we all have an opinion. That opinion, however, has no place in a news report.

Even shy journalists can make the effort to be pleasant, punctual and upfront during interviews and fact gathering. Being rude to Donald Trump, for example, won’t get you an exclusive interview – though there’s a fine line between flattery for favours and simple courtesy!

A lot of people – particularly victims of crime and slippery politicians – hate journalists. To get the facts, you may have to be bold. You will be sworn at, threatened with legal action, told to go to …. (insert expletive here)! But as long as you’re simply doing your job and not breaking the law, you learn to toughen up.

Accuracy is everything. Quoting someone incorrectly is unacceptable, as is bad spelling and making up your own facts. Be prepared to check, re-check and check again.

Having a good understanding of current affairs is important. You don’t have to be a political analyst or an economic expert – but you should at least read as many newspapers and news websites as possible every day. Being a journalist is a weighty responsibility – you are informing people about their world. If you don’t know what’s happening in the world – and aren’t interested – how can you possibly do your job?

Your contacts – the people who provide you with information for stories – should be treated like gold. If you’ve interviewed a friendly dietician for a health article, chances are you might be able to use her expert opinion again for future pieces. Finding and fostering good contacts makes life as a journalist much easier.

4. How do you break into news journalism?

Journalism jobs are quite diverse – much depends on where you see yourself in five years’ time. Do you want to be a senior reporter for a top national newspaper? Or are you happy to write stories for a community paper? Perhaps you want to learn the basic skills and branch into writing columns, opinion pieces and feature-length articles for a weekly paper such as Mail & Guardian?

There are several avenues open to you as a hard news journalist. Regardless of what you want to do, you’ll have to earn your stripes first and then see where the road takes you, so to speak.

This job is the traditional one favoured by aspirant print news journalists. However, breaking into this field is tough, as openings are like hen’s teeth.

Most editors look for a good journalism degree or diploma from a tertiary institution, while many newspapers have their own in-house training programmes or partnerships with selected educational organisations.

However, with basic skills behind you and an offer to ‘shadow’ a staff member or report on a small event, you can get your foot in the door.

Offer to attend a local council meeting – or perhaps that cat show your friend’s mom has told you about? These publications have few staff members, so a well-written, accurate and timely piece on something of interest to the community will sell.

Tourism bodies, churches, local business organisations and other community groups may need a writer to research, compile and report on events and news for their members.

The growth of the internet has been a blessing for journalists. Information at the touch of a button means fast research and easier deadlines. Some organisations pay for reports from journalists. If you cover a newsworthy event and write accurately about it, you may sell the piece to a website.

Writing a blog about newsy topics such as current affairs, world politics, health or technology gives you much-needed practice and offers editors the chance to review your work in published format. Visit www.blogger.com to get started.

Your news blog shouldn’t be an outraged opinion on the state of Iraq, however. Write some opinion pieces, by all means, but set yourself the challenge of putting together proper news reports. These are the ones that display your journalism skills – not your midnight rants about politics, or worse, Paris Hilton’s jail term.