Treat Your Freelance Career as a “Real” Business

Treat your freelance career as a “real” business

You’re only as good as your last gig so you’d better be business-like, Siyathetha founder Ed Richardson warned the growing body of Nelson Mandela Bay freelancers in his #SAFREA address at the Courtyard Hotel last night. 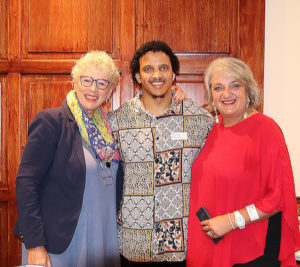 Be businesslike, because you are only as good as your last gig

You are only as good as your last gig, the growing band of freelancers in Nelson Mandela Bay were warned this week in a Southern Africa Freelancers’ Association (SAFREA) event held at the Courtyard Hotel on Tuesday November 12.

And, if South Africa follows international trends – more than two out of five US workers are predicted to be “freelancing” by 2020 – this message increasingly needs to be heard.

Professional freelancer and public relations specialist Ed Richardson was addressing this issue in the quarterly SAFREA seminar. He noted freelancers in several fields faced numerous challenges due to the weak Eastern Cape economy.

“We are in a poor province with barely functional municipalities, absent political, business and civil society leaders, in a forgotten province,” Richardson said.

“We also are working in a dysfunctional industry,” he added, in a reference to those who worked in the communication industry.

On the plus side, however, freelancers whether they worked in media, IT, design, education or other fields, had tremendous freedom and international opportunities.

“We have scarce skills, we are not constrained by geography, we can adapt to a rapidly changing world, and we are already in the space ahead of those who are under the illusion they have secure jobs.”

Workers who could adapt to the new “gig economy” had the edge, he said, particularly if they were adaptable enough to upskill themselves.

“As a freelancer you are responsible for marketing, pitching, closing sales, managing and communicating with clients, organising yourself, doing your own accounting and a million other things.”

Richardson, who founded Siyathetha PR and socio-economic research 20 years ago, urged freelancers to see themselves as bona fide businesses, not survivalists or amateurs. And then how to behave like a business.

“We are only as good as our last gig, it is a business and it must be run like a business,” he said.

“That’s one of the reasons we get ripped off – people don’t take us seriously, maybe because sometimes we don’t take ourselves seriously.

“Remember: you are the product, and it is much harder than working for a boss because you have multiple bosses.”

SAFREA Eastern Cape regional chair Lize Hayward said the organisation offered support and advice to anyone in the freelance industry, from newcomer to more experienced professionals.